BLOG
You are here: Home / BLOG / Things to do / The Royal Reed Dance celebrates Zulu culture in Zululand 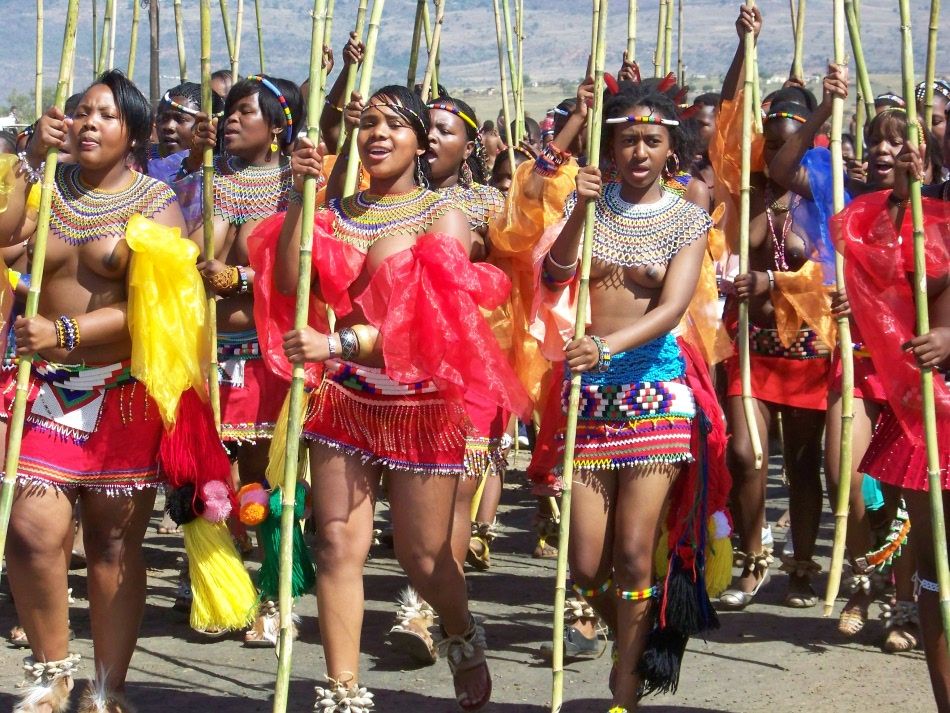 In celebration of Zulu culture, traditional reed dancing is all about teaching morals and good behaviour to young girls. The local tourism industry in Zululand reaps rewards as thousands of visitors flood to eNyokeni Palace in Nongoma to the witness the centuries old event that is held over several days.

Mkhosi woMhlanga, as named in Zulu, is the colourful reed dancing ceremony – an annual event held every year at the beginning of September. The celebrations include young girls collecting and presenting their king with cut reeds from the riverbed in honour to their Zulu traditions.
In recent years this symbolic event has also been a draw card for the local hospitality industry in the province. Nongoma sees a massive economic boost with visitors congregating to the area and accommodation is fully booked out, even in the surrounding areas of Ulundi and Vryheid. This year alone saw the reed dance festivities attract a staggering 100 000 visitors.

This colourful cultural festival is an important rite of passage for young Zulu girls, includes singing and dancing; and is used to introduce the girls to their rich culture steeped in tradition. The young girls, who have to be virgins in order to participate, are schooled by older Zulu woman in the art of womanhood and in respecting their bodies. Celibacy until marriage is greatly encouraged. The opportunity is also used to highlight serious social issues that affect young woman including teenage pregnancy and HIV.

The ceremony sees the mass gathering of young girls from all over Zululand and from as far as Swaziland and Botswana attend the festivities of the traditional royal reed dance. Anklets, bracelets and necklaces worn by the girls exquisitely showcase the traditional beadwork of the Zulu culture. The girls also wear sashes with an assortment of colours that denote whether the girl is engaged to be married.

Central to the event’s festivities is the reed-giving ceremony. Zulu princesses lead the colourful graceful procession of young girls dressed in intricately-beaded attire who present to the king the longest and strongest cut reeds. Laying the reeds at the king’s feet is a symbol of respect and honouring the Zulu culture. The ceremony has Zulu men participating too by singing and engaging in mock fighting.

Visitors are welcome to bear witness to the reed dance ceremony. Having a guide on hand to indicate the symbols of the rituals is useful and also helps the visitor understand cultural sensitivities.

While the reed dance ceremony showcases the rich deep heritage of the Zulu culture, it is not all the kingdom has to offer tourists. Zululand houses renowned national parks and nature reserves (private and state-controlled) and is celebrated for its majestic unspoilt beauty as well as historic, cultural and coastal attractions.

A mild subtropical climate welcomes the visitor all year round. Golf, fishing and game viewing are among the popular activities visitors enjoy. For bird lovers there is an incredible diversity of over 650 species of birds on the Zululand Birding Route to be viewed.