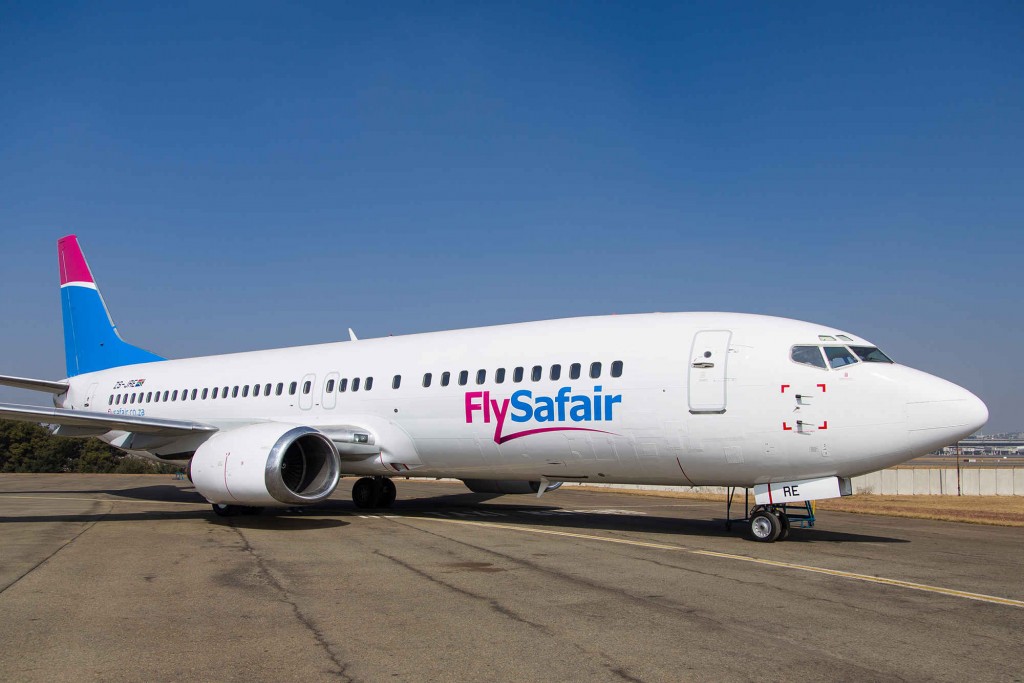 Two rival airlines have initiated the grounding of South Africa’s new budget airline FlySafair before it even got off the ground. The Pretoria High Court accepted the application by Comair and the newly licensed Skywise Airline to prevent the airline from taking to the skies.

Judge Neil Tuchten has restricted the new airline from beginning its operations as a domestic passenger air service provider when he granted the interim order. Safair which was due to launch in October is accused of failing to meet the terms of legislation designed to ensure air services were controlled by South African citizens. It is alleged that 75 percent of the voting rights or active control of the airline was in the hands of holding companies in Ireland and Belgium.

Furthermore the rival airlines challenge the validity made by FlySafair that one of its three shareholders, Hugh Flynn, resided in the country as stipulated before the Air Service Licensing Council.

The judge found that the evidence presented before court proposed a strong likelihood that Safair knowingly hid the truth in its application before the council.

“The probability is that Safair designed and implemented a scheme which created the illusion that Safair in fact had brought itself within section 16(4) of the Act while in truth it had not. Where, as in this case, a strong likelihood has been established that, if the administrator had appreciated the true facts, the decision would not have been made in favour of the respondent, a court should… lean towards forthwith putting an end to such illegal conduct,” said Judge Tuchten.

Comair was tasked the responsibility of ensuring all Safair passengers in possession of tickets would be accommodated on the dates noted on their tickets at the sole cost to Comair without being able to add on any additional charges for this service.
In addition, Comair had to make it known to the public the details of the court order “by all reasonable means’ at its own cost.

Skywise Airline which has been only recently licensed is still waiting for its operator’s certificate in order for any of its aircraft can be airborne.

For those Flysafair ticket holders who did not care to reschedule their flights, Flysafair has undertaken to refund the tickets. “Following negotiations with all the major banks and having provided guarantees to the Air Services Licensing Council, passengers are guaranteed that their money will be refunded,” said Safair.

5 Reasons to go on a cruise

A brief introduction to Voluntourism Scroll to top