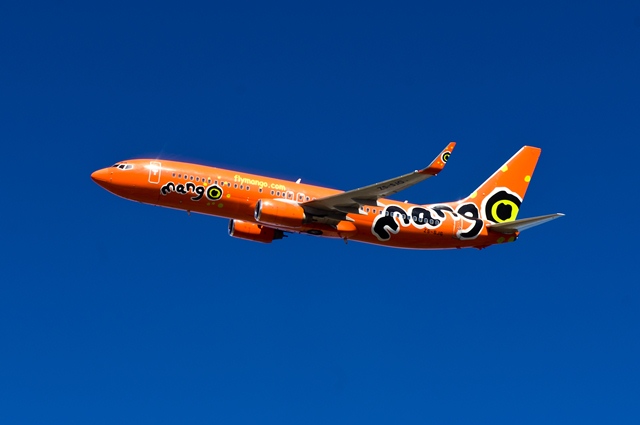 South African passengers choosing to fly with Mango airline on its domestic routes will be happy to hear about the new seat rollout plan. Mango airline’s new ergonomically designed seats offer more passenger comfort; and are environmentally friendly with saving about 820kg in aircraft weight, resulting in overall emission reductions of up to 1, 7 million tonnes of CO2 annually.

The airline’s seat replacement programme commences this August with two new generation Boeing 737-800 aircraft sporting the new seats. The new seats are ergonomically designed to offer increased legroom. Nico Bezuidenhout, CEO of Mango Airlines, was proud to point out that, “The new seats will increase leg room by between 6 and 7.5 centimetres, depending on where you are seated, delivering one of the best seating configurations in domestic economy class”.

The new ergonomically designed seats feature the latest in aviation technology. The slimmer seats make more efficient use of available space and allow the airline to still maintain a 186 guest load capacity. The efficiency in space utilization does not affect the number of passengers allowed on board. The only difference the new seat replacement programme brings, says Mango, is the level of added comfort for passengers with the increase in legroom.

The airline believes that the latest developments in its seat replacement programme together with the on board Wi-Fi facility and its on-time performance record and distribution accessibility will grant it a competitive edge in the local airline industry.

“The seats are also more light weight, with a saving in excess of 1.7 million tonnes in carbon emissions annually due to less fuel burn once the programme is completed,” adds Bezuidenhout. “The savings in fuel allows Mango to lower its cost base even further, making it possible to contain fare affordability even more.”

The airline will see its local flight capacity increase by over 30 weekly flights thanks to the addition of the two new 737-800 airplanes. The increase in flight schedules will be on routes between Johannesburg and Durban, Durban and Cape Town; and between Cape Town and Johannesburg.
A Durban base for Mango is in the pipeline and set to be implemented later this year will house permanently stationed aircraft. According to the airline this will promote a more improved schedule to and from the city.

The increase in flight frequency on existing routes furthers the growth of the airline with new domestic and regional routes being planned for the future. “We have applied for a schedule operation to two east-African destinations and presently in the final planning stages for a seventh domestic port.” says Bezuidhout. At present Mango runs charter flights to Zanzibar for AfricaStay, a tour operator.

Accelerate your sense of excitement through adventure travel Scroll to top