BLOG
You are here: Home / BLOG / Things to do / 7 Music festivals to attend in the UK this Summer 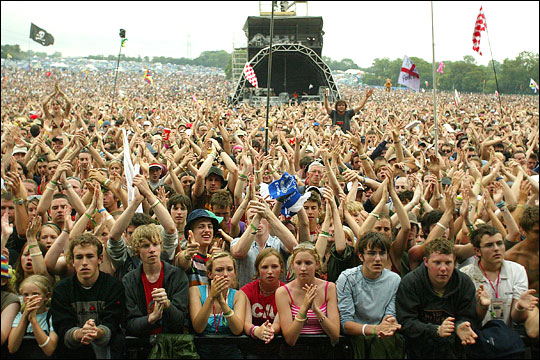 Nothing characterizes summer time like a music festival which has become part of the fabric of British society in the summer. The UK hosts a number of music festivals over the summer period that draws thousands from across the globe. What is spectacular about these music festivals is that they cover a wide range of music genres to accommodate for all types of taste from jazz to dance to pop, blues and folk.

1.    Glastonbury
The most world famous music festival held in the UK would be Glastonbury. Thousands of music performances are held across fifty venues. There is something for everyone from cabaret, theatre, poetry recitals and green crafts. Notable top class performers include U2, Coldplay and Beyonce.

2.    T in the Park
The venue for this music festival is in Kinross, Scotland. Held for the last 15 years, this music summer festival is considered the widest and nosiest festival in Britain and Scotland’s major music festival. Top names in music in attendance include Arctic Monkeys, Beyonce and the legendary Tom Jones. Apart from the star attraction- music – festival devotees can enjoy a fairground, organic food, bars and browse around numerous stalls.

4.    At Scarborough’s Acoustic Gathering festival
This is a free music festival held in Peasholm Park which is held on the last Sunday in September to mark the end of summer. The festival has been held since 2006 with the aim of showcasing local musicians along with top national and international stars. Performers are rowed onto a stage which is situated at the centre of a lake.

5.    Leeds and Reading festival
Towards the end of the music summer festival line up is the Leeds and Reading festival. Hosted in the city of Leeds, West Yorkshire and Reading, Berkshire this music festival is the UK’s leading rock, alternative and indie festivals. A long history is attached to these festivals stretching all the way back to 1961. Both the festivals are held simultaneously across the two cities. Star studded names like My Chemical Romance and The Streets perform at both locations.

6.    Bestival
Newport, Isle of Wight hosts the Bestival music festival. On the music festival circuit, Bestival is considered more of a philosophy than a festival. This is an award winning boutique festival spanning four days. Festival fans are enticed by the eclectic mix of world class music. The festival celebrates the likes of Groove Armada, The Cure and PJ Harvey.

7.    Basingstoke Live
Another one of the UK’s free music festivals held in War Memorial Park, Basingstoke. A new addition to the summer music festival circuit, presents over a hundred events for the festival goer to delight in. Over 30 venues are part of the festival offering music, drama, dance, film and plenty more. Local talent is celebrated as well as community spirit.
In 2010 Basingstoke Live recorded a record 30 000 attendance.

R40 off your next flight with Easy Travel